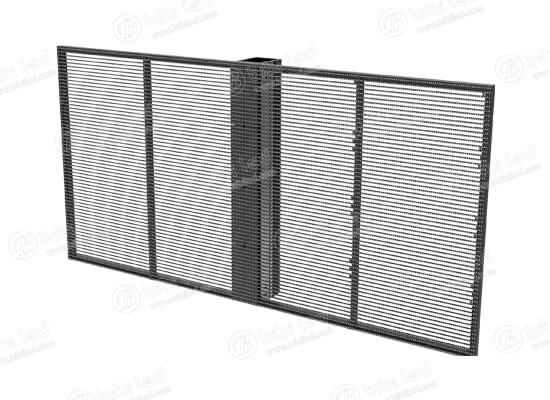 Get a quote NOW

CT Series is an new fashion and good looking LED display used for inside of the glass building.

CT Series is the right one to choose if you need to make the light come through inside of the building while displaying the LED advertising.

Friendly Tips: To ensure that you could make the correct solution of our CT Serice transparent LED display.

Please continual to read the following introduction and download our specification.

Can’t find what you are looking for? Contact us.

Your email will be responded to within 1 business day.

Chapter 1 What is a transparent LED display?

Transparent LED display screens are basically LED display devices that allows the audience to see what is shown on the glass screen, while still being able to see through it (otherwise called a see-through screen).

The technology used for this kind of display screen has been around for more than 20 years already, but has only recently been used by companies in consumer products.

There are basically two types of transparent LED display devices, the LCD and LED. LCD is the older version while the LED is the newer one.

That’s the difference in how those two types work.

The application for this type of technology can be classified into three categories: event/entertainment stages, retail and augmented reality. Let’s talk about each category.

Retail – this is the most common application of transparent LED display screens. You often see this in store windows in malls.

It shows ads or other relative information like special deals, new product releases and other discount information. This is pretty common in new shopping malls.

The reason is, the technology for this type of display has become more affordable in the past few years.

Event/Entertainment Stages – another common use of this type of display screen is during events. Event producers or stage designers use a transparent LED display on the stage to more creativeness.

Because of the holographic-like visual effect that this type of display screen produce, it will send a very immersive experience to the audience. Plus, it adds a bit of flair to the event.

Augmented Reality – a relatively new field but transparent LED display screens have already been used for it.

There are a lot of scenarios where a transparent screen can come in handy in augmented reality. One example is the use of a transparent tablet.

By using some sort of app, the screen can overlay the name of the street onto the screen of the tablet. That’s just one example. There are virtually limitless possibilities.

In theory, both types of display screen are using the same kind of technology. But there are differences. Here are things that make the two different from each other:

There are four basic ways to install a transparent LED screen. Here they are.

This method will involve pasting the LED module directly on the glass with UV glue.

Chapter 5 How to Choose the Right Transparent LED Display?

There are four basic ways to install a transparent LED screen. Here they are.

This method will involve pasting the LED module directly on the glass with UV glue.