Soft masks and soft pillows to protect the sportsman

Who needs an perimeter LED display?

There are many benefits to investing in perimeter LED displays. Almost all large stadiums will have LED perimeter screens. The perimeter LED screen continuously broadcasts advertisements in the large traffic stadiums. Many international brands have adopted LED perimeter screens in many top competitions. They frequently appear in the audience’s vision to continue to enhance the brand image and popularity.

In a large stadium, the place can accommodate tens of thousands of people. In addition to the stadium, millions of people watch sports events through other media platforms. At this time, brand promotion and advertising on a high-quality LED perimeter screen is a perfect choice, bringing more advertising opportunities.

The main function of the perimeter LED screen is to broadcast commercial advertisements. The LED stadium perimeter display attracts well-known brands from all over the world, such as Nike, Adidas, Audi, Panasonic, etc. The brand image has been greatly improved, and the charm and attractiveness of the brand have been greatly improved, and it has played an important role in promoting the development of the brand.

Each sports game will attract a lot of live audiences, other media will be broadcast at the same time, thus attracting a large number of online and offline audiences. With such a huge amount of traffic, stadium organizers can install a perimeter LED screen in the stadium to attract more brands to broadcast their advertisements through the perimeter LED screen and increase additional revenue.

What is an perimeter LED display?

The perimeter LED display is used in stadium fencing advertising, and an information display can display any length of strip advertising. Each LED cabinet has individual support legs for independent support behind the cabinet, and the soft mask and top impact cushion prevent sportspeople from hitting the LED screen.

The perimeter LED display can use for a lot of sports games, indoor: basketball, volleyball, indoor football, ice hockey games, skating games, badminton, gymnastics. Outdoors include football, triathlon, and so on. 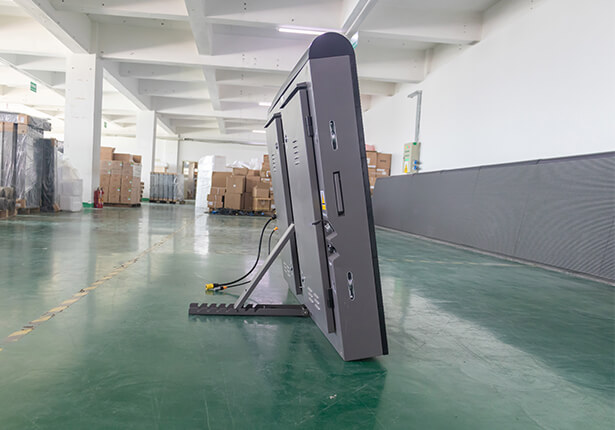 Choosing a good perimeter LED screen requires a clear understanding of its brightness, refresh rate, and viewing angle, these are particularly important parameters

The perimeter LED screens appear on different stadiums of different sizes and are mainly used to broadcast advertisements. When we need to buy an LED perimeter screen, we need to understand several of its characteristics.

First of all, the parameter we need to understand is the refresh rate. Generally, there are professional cameras on-site to shoot videos for live broadcasts or later replays in general events, so we need to use at least a 3840Hz refresh rate to achieve a flicker-free so that the video broadcasted by the camera will be displayed very clearly.

Then, some fence LED screens often need to be moved to different stadiums for use. When choosing fence LED screens, fast power signal connectors and flight case packaging will be used, so that it will be very convenient and fast when installing, disassembling, and transporting.

Of course, there are many details to consider when choosing a suitable perimeter LED screen. For example, adjustable viewing angle and independent support of the rear bracket. The brightness adjustment function can adapt to different places to avoid too high a brightness blind the players vision. Ultra-long-distance control equipment, Use fast power and signal connectors, avoid power and signal connectors at the bottom of the LED screen, water resistance, etc. When you need to purchase a perimeter LED screen, you can contact us to get the most professional solution.

The perimeter LED screen needs to use at least a high refresh rate of up to 3840HZ. Under the shooting of professional cameras, clear pictures and videos can be seen in live broadcasts, which fully meets the requirements of live broadcast without flicker, to carry out the secondary spared of high-definition images and videos perfectly.

#2 Open the side locks at the LED screen, connect each LED cabinet tightly.

#3 Connect the network cable and power cable of each perimeter LED screen in turn. We are equipped with fast lock connectors, which can be directly connected quickly.

#4 After connecting all the wires, you can turn on the power to light up. Since the distance from the control room to the perimeter LED screen is usually more than 100 meters, we will need to use fiber optic cables and fiber optic equipment for signal transmission.

Since the perimeter LED screen is a live broadcast LED display, it is very important to arrive at the stadium in advance to install it and test whether all functions are normal.

What benefit can perimeter LED screen bring to you? 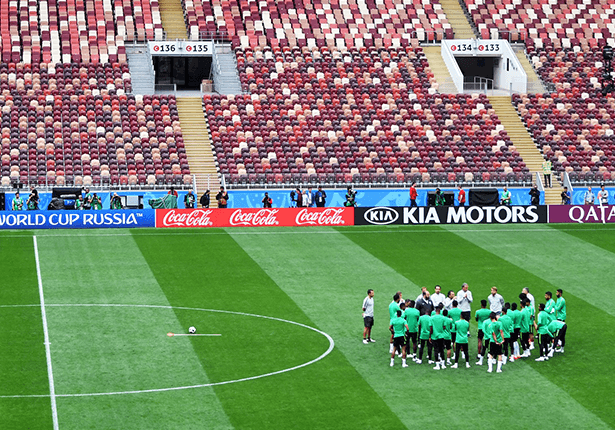 The advertising spread methods of the perimeter LED screen are quite a lot, it has both online and offline.

Due to the multi-channel of communication methods, the perimeter LED screen can be transmitted unlimited of time and location.

Appearing frequently in the great advertising display, thereby increasing their satisfaction with advertising and the repurchase rate.

The live broadcast, the recorded through TV and other methods, this makes the second spread uncountable by the numbers. The spread can achieve huge scale and long-term, multiple secondary advertising delivery.

he spread of social media, the hot topics, and the highlight moments of the players will be quickly spread on every social media. The release of information such as videos and pictures makes the perimeter LED screen advertisements reach a high frequency of multiple disseminations.

How to choose a reliable perimeter LED screen supplier?

#1 Customer feedback. Look for feedback from previous customers’ reviews, and find them for reference, to better understand their quality, professionalism, and service of the perimeter LED screen

#2 Years. The history LED display suppliers can often rely on experience to provide more professional solutions and services. Suppliers with longer years think that their past services and products are very reliable so that they can get long-term support from customers

#3 Serious workers. Working with people with serious working attitudes often makes you feel comfortable placing the order to them for production. You can judge whether they are serious partners by confirming the solution with them.

Bibi Led always serves our customers with a professional, serious, and long-term cooperative working attitude. You can choose to cooperate with Bibi Led with confidence.